Leopoldo D'Angelo born 11 July 1995 in Turin, Italy, better known by the pseudonym "Dangiuz", is an Italian contemporary #visualartist, #cryptoartist, #artdirector and #graphicdesigner specialising in sci-fi and retro-futuristic themesy. His work has been featured in various #artnetworks, magazines, exhibitions and galleries, including Sohu, Arte, Wallpaper*, NVIDIA Studio Standouts, Juxtapoz Magazine, Digital Production, the Maxon Cinema 4D official gallery, the @dartmilano Exhibition at @MuseodellaPermanente in Milan and the "Heart of Cyberpunk" Exhibition in #HongKong, other than collaborating with Rui Hachimura on his kimono's design and with @maserati on their MC20's concept art. His work and artistic style falls under the Sci-Fi and #Cyberpunk categories, and his figure is often linked to #3Ddesign, concept art, Sci-Fi and Cyberpunk in cinema. As he states in some interviews, he's inspired by Blade Runner (and its sequel) and Ghost in the Shell. He cites #VincentvanGogh as one of his favourite all time artists, while @SydMead and @Beeple are the contemporary artists that influence him the most. "Grand Challenge", one of D'Angelo's artworks, was one of the first #digital #artworks sold as #non-fungibletoken by an #Italiandigitalartist. In March 2021, upon #NFTs gaining popularity due to Beeple's Everydays: the First 5000 Days sale at @Christie's, D'Angelo rose to prominence along with many other digital artists, establishing himself as one of the most prolific artists on @SuperRare along with Xcopy and @pakwashere. 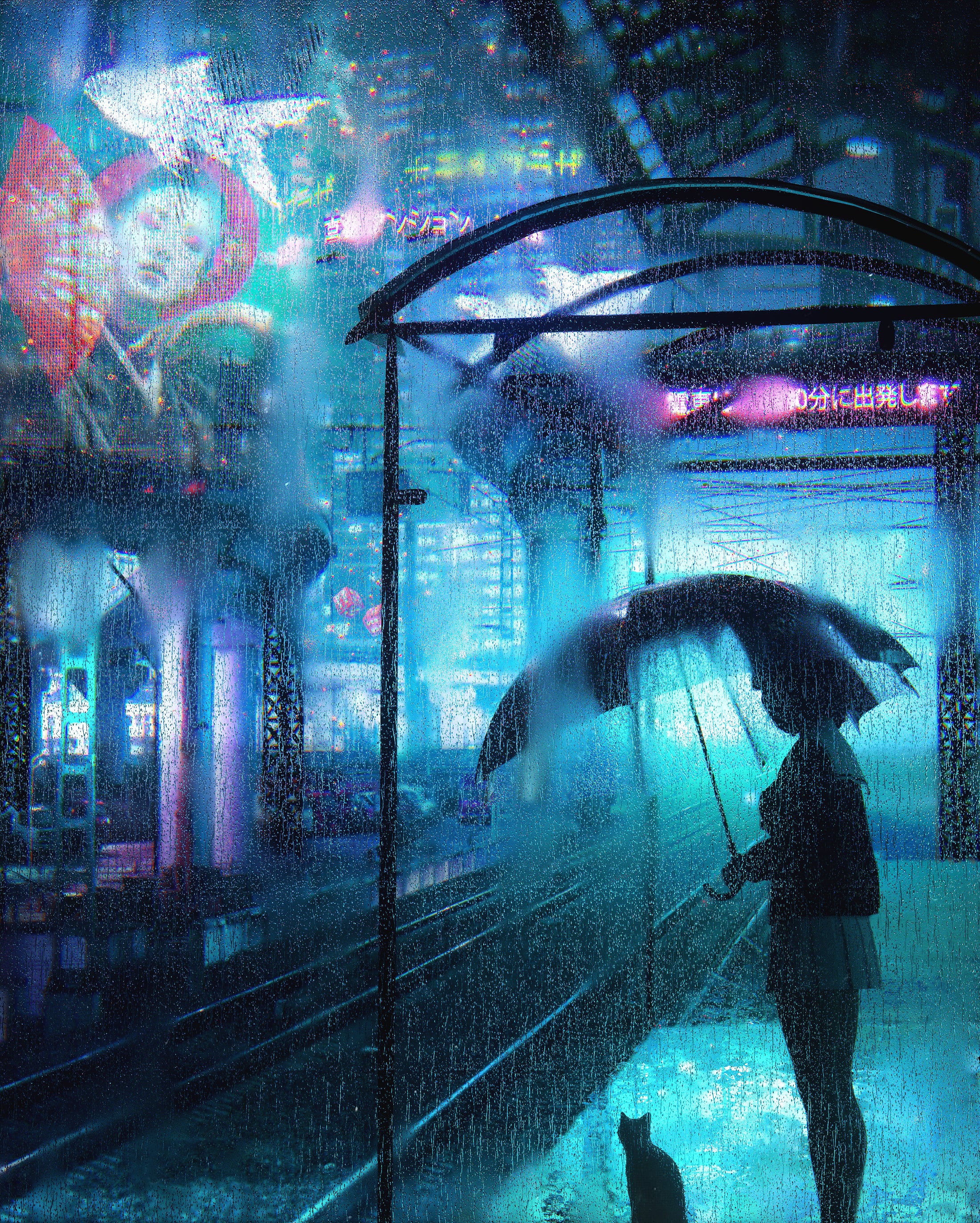 There's no better way to spend time than waiting to go back home. 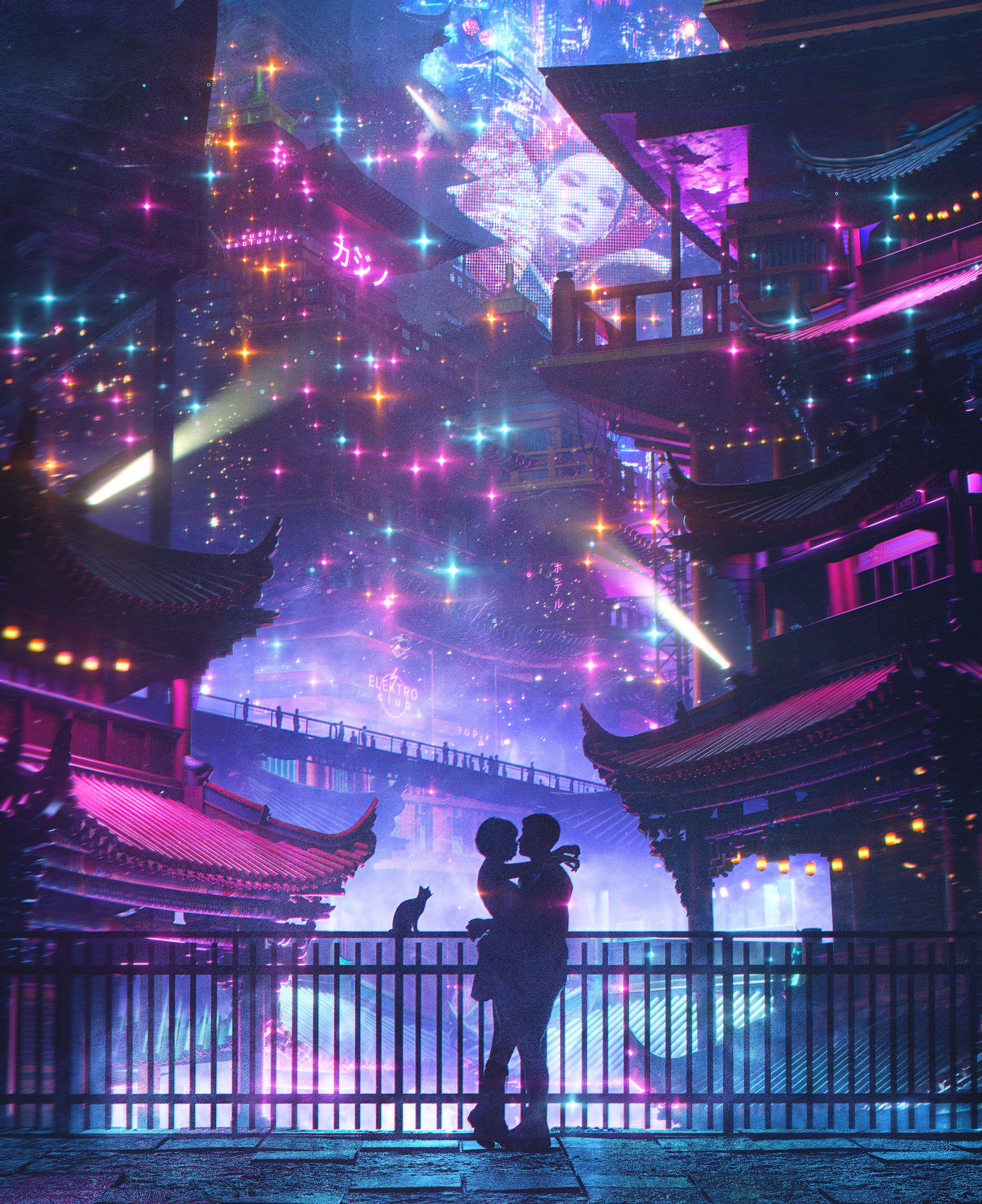 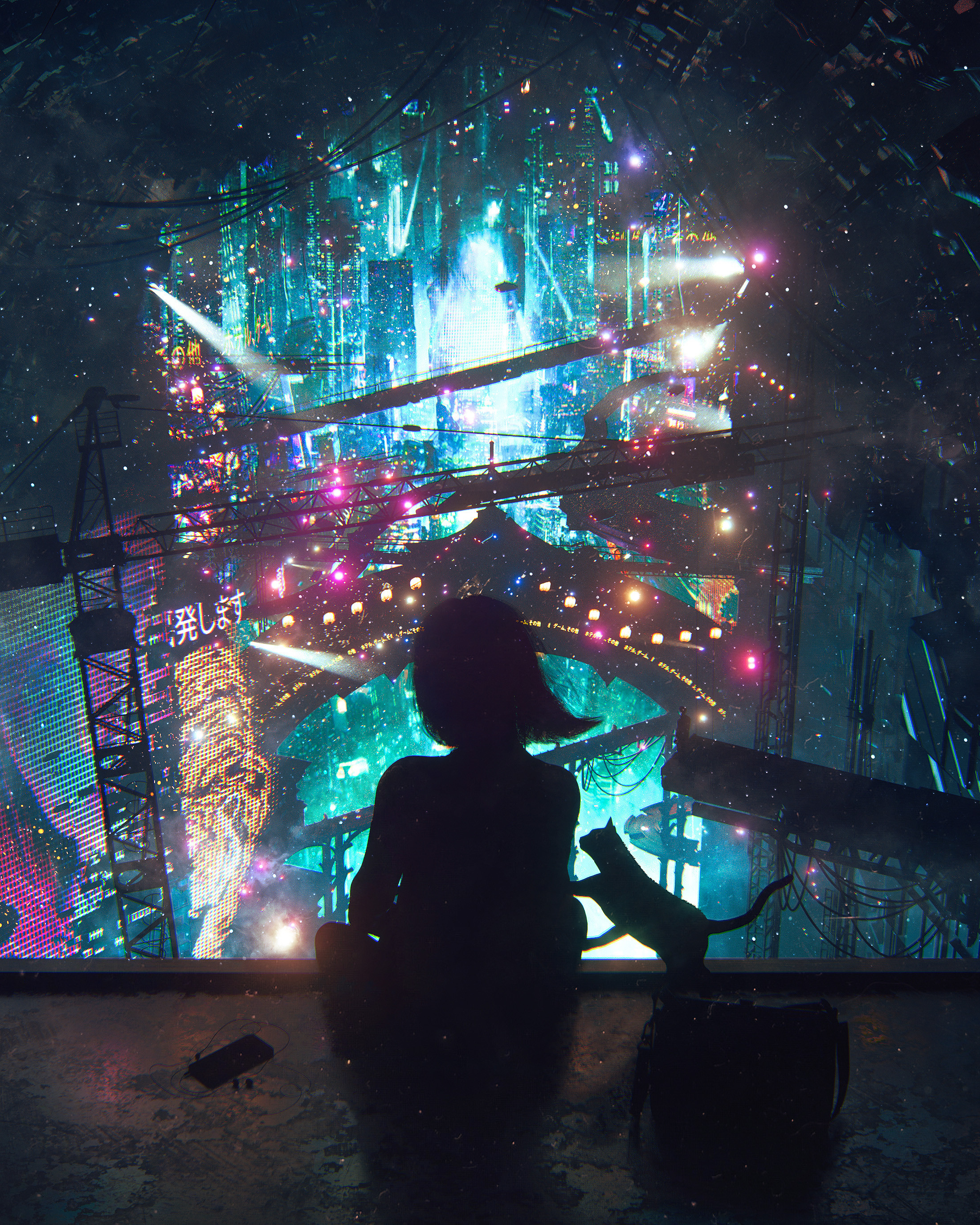