Fabio Giampietro was born in 1974 in Milan, Italy, where he still lives and works. Through his seminal painting technique of subtracting the color from the canvas, he realizes powerful and intense figurative paintings. Relevant exhibitions have been in London, Berlin, Bologna, Istanbul, Los Angeles, Milan, Shanghai and Toronto. His innovative investigations of modern painting have made him one of the most sought after young Italian painters. In Fabio Giampietro’s work the barriers of art come tumbling down and the propensity of continuity and simultaneity amongst the three spatial dimensions and time becomes tangible, though still imponderable to the viewer’s eyes. His work marks the liberation of painted forms from the classical framework, enhancing a process already well established in the course of Italian Modern and Contemporary Art. It started with the revolutionary theories of Futurism at the beginning of the XIX Century and continued with the velocity of Lucio Fontana’s gesture of cutting the canvas to explore the space behind and beyond it. Giampietro’s investigations melt the tradition of painting with the most innovative technologies conjugating the planes of space and time and annihilating the contemplative distance between the senses of the spectator and the reality of the art work. The virtual dilatation of the painting invites the spectator to experience its reality within its newly exploded boundaries, calling on all the possible resources of psycho-sensorial experience. His main achievement lies in the fact that he shows that the painted work on canvas no longer has a central core, even though it exists and faces us. Rather, it presents a dissemination of observing points linked to the spectator’s physical movements inside the virtual coordinates of the space arranged for us by the creative mind of the artist. For this reason, every step inside Giampietro’s work also guides our voyage inside of the nightmares and the dreams of the artist’s mind, more vividly and presently than ever. 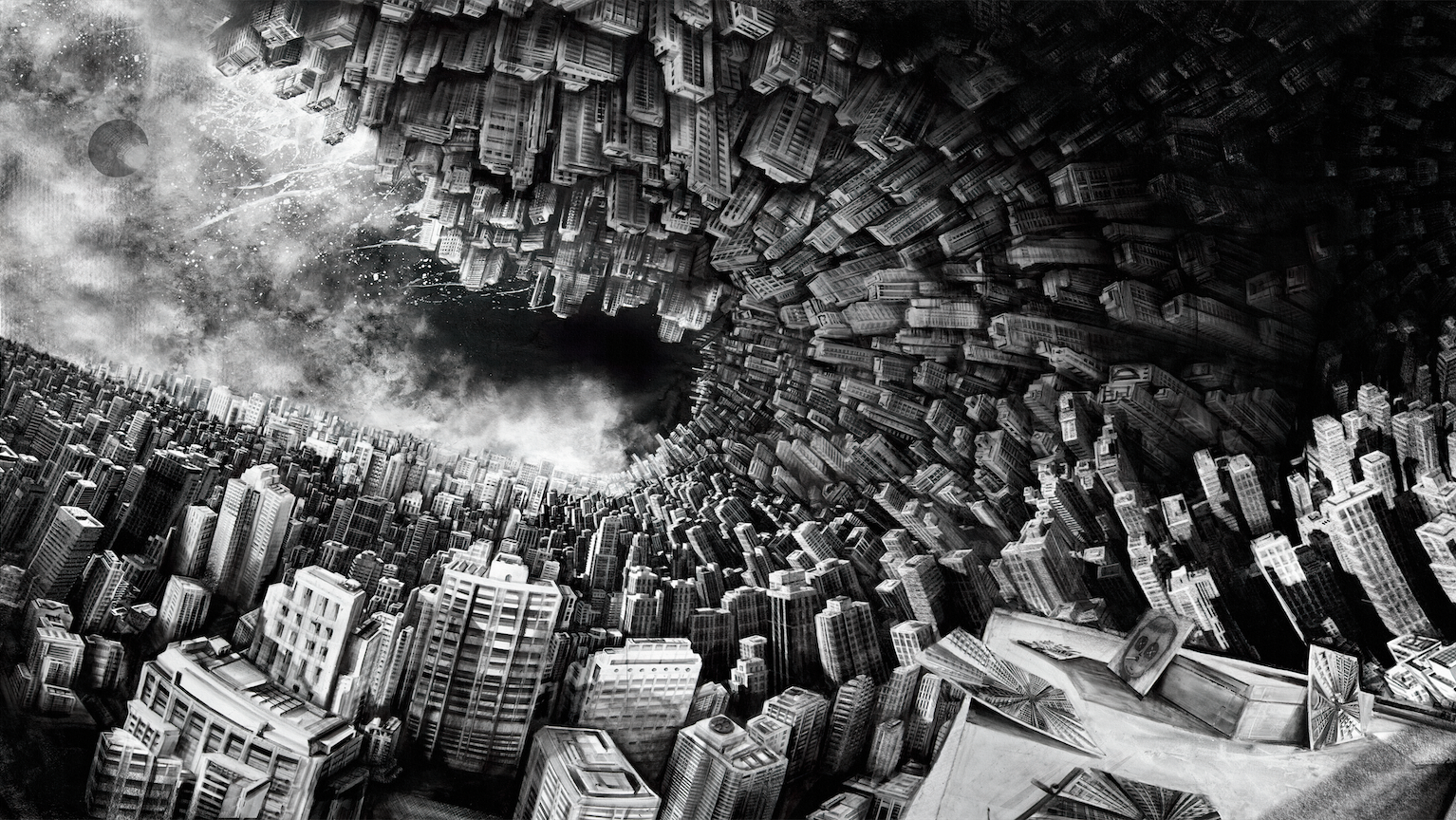