Daniel (1982) lives and works in Leiden, The Netherlands. His work has been exhibited nationally and internationally, with exhibitions in the Museum of Contemporary Art of Queretaro; SOHD, Cobra Museum, Amstelveen; Museum of young art, Oosterhout; Booth Gallery, New York; Beers Gallery, London; Den Gallery, Kuwait City; Thinkspace, Los Angeles; and a duo show with Phillip Akkerman in The Hague. Daniel is co-founder of the artist initiative Arthouse which organizes myriad projects and runs two residencies (NL/MEX). In 2019 he co-founded the annual 1606 project that facilitates cross cultural connections between international artists in collaboration with PaintGuide and the University of Leiden among other local partners in The Netherlands and Mexico. 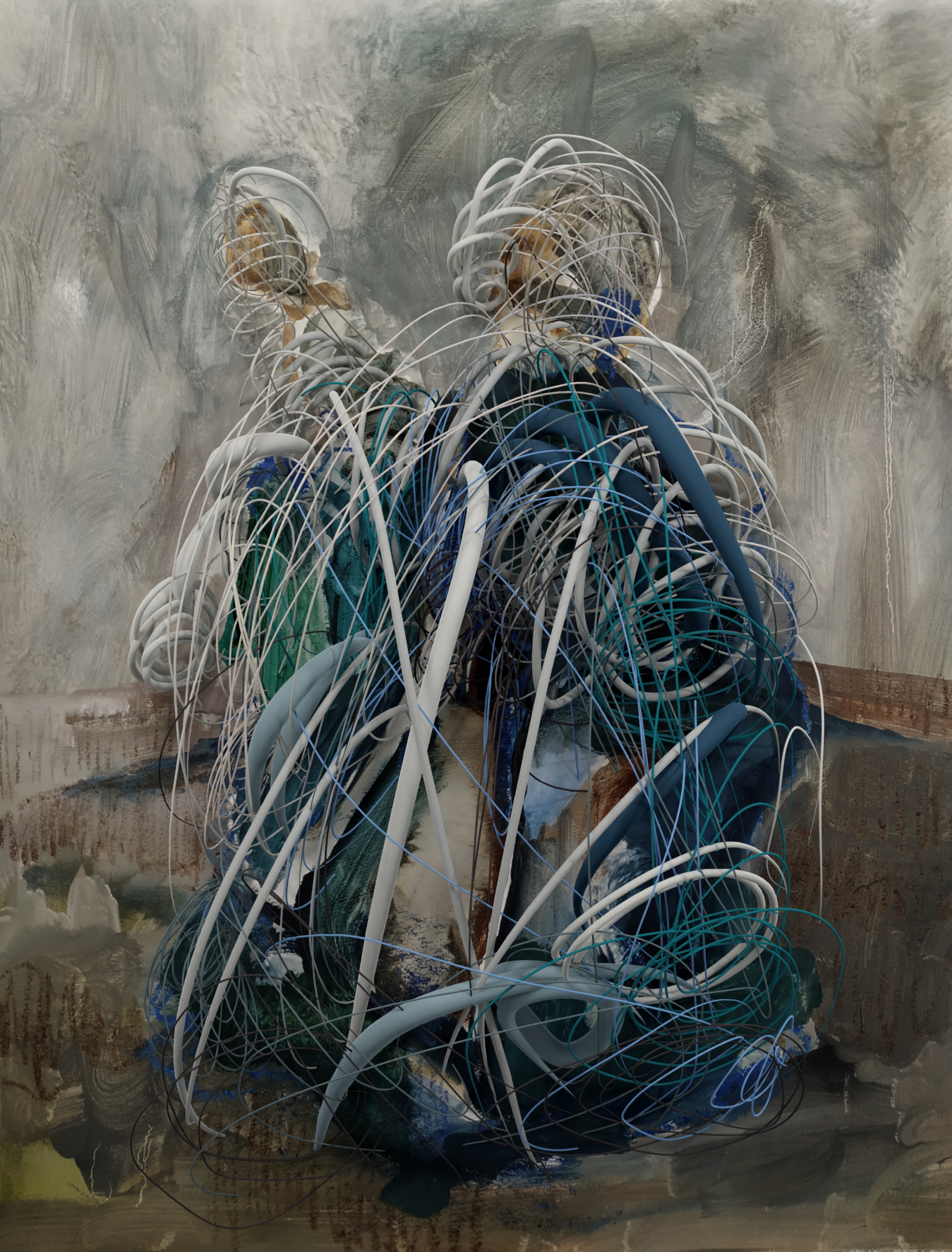 A walk towards meaning

Kinetic Mass is a series that explores line play and the creation of mass by three dimensional movements in virtual reality. Kinetic Mass intends to visualize movements found in compositions in images. Leaving any form of realism behind, the subjects in the images are traced in virtual reality, creating bold and rough masses of their realistic counterparts. The VR technology allows for swift movements without any specific scale, making shapes that would otherwise not be possible when done physically. These movements are rendered out as stand alone shapes, or incorporated in traditional paintings creating a mix of the old and new.