Marc Simonetti (born in 1977 in France) is a French concept artist/illustrator multi awarded. He worked during one year on "Valerian and the city of a thousand planets" directly with LUC BESSON, then on a dozen movies with MPC LA including the latest "Aladdin", "Maleficent 2" and the upcoming "Transformers" and "Aquaman 2". He's now making visual developpement for WETA Digital and MPC LA. He's also working with the theme park "Le Puy du Fou" voted the world's best park designing shows and places. Best known for his work on GRR Martin's books "A song of Ice and Fire", and his Iron throne, he's also illustrated some of the most well known fantasy and SciFi novels, such as the Discworld by Terry Pratchett, The Royal Assassin trilogy by Robin Hobb, Patrick Rothfuss's "NAME OF THE WIND", Terry Brook's "Shannara cycle", or Frank Herbert's "DUNE"... He's also worked for many video games companies such as Activision, ubisoft, Magic The Gathering, EA, Square Enix and King Isle Entertainment. 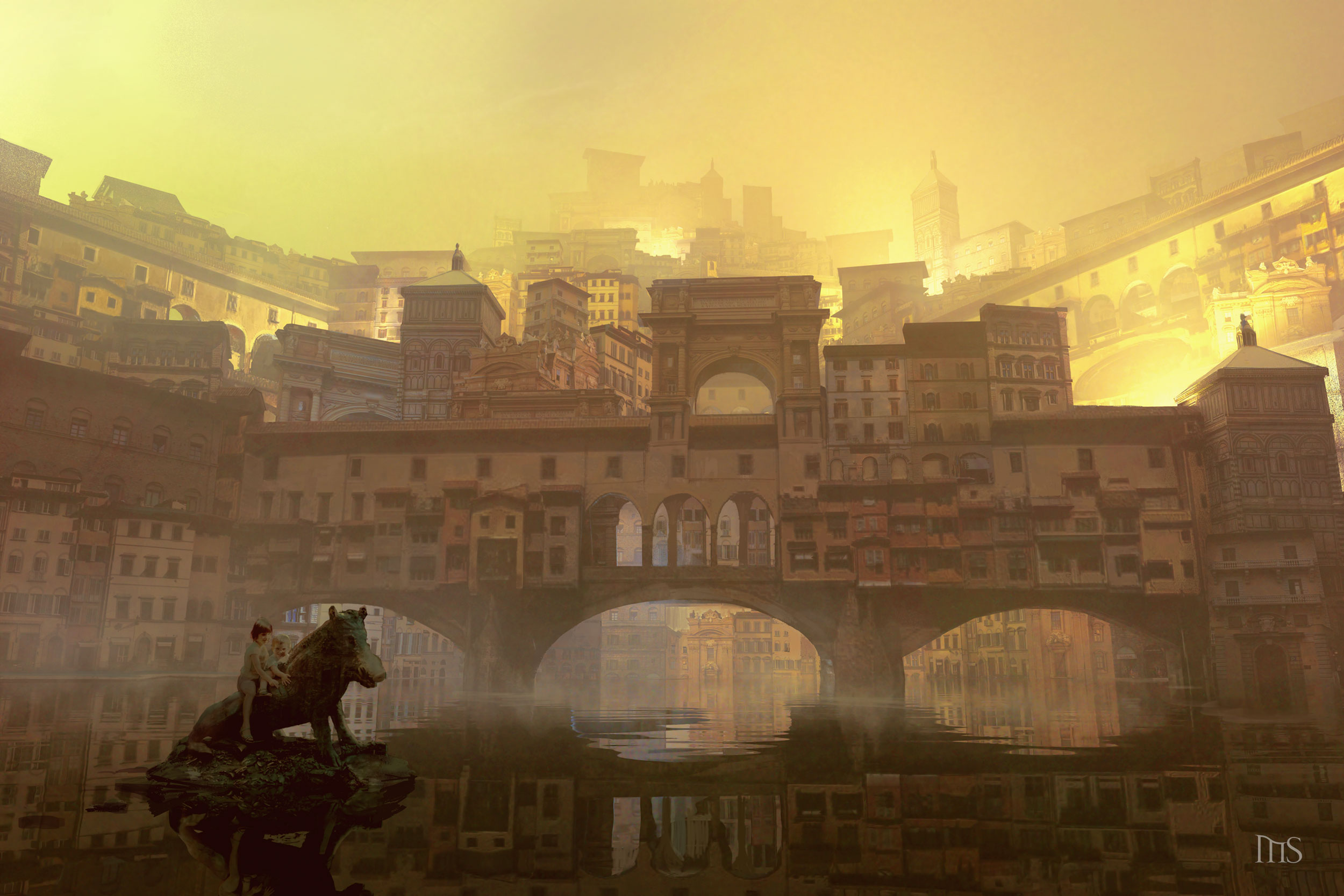 This is a piece about memory,about the way it feels, reorganizes, distorts places and sounds in our brain and combines happiness and bitterness, sadness and beauty. As a kid I spent all my summers in Florence with my family, visiting the museums and churches, getting flooded with the art of the renaissance masters .