"I got my first professional camera in 2009 when I was 14 years old. Since then, I have tried all genres in photography, and only in the nude genre, I found my calling. I believe that only through the nude it is possible to show who we are - and we are, first of all, children of nature. I take pictures of people without any makeup, clothes, and manicure, I do not retouch people in my pictures, because only without all the tinsel you can show how beautiful a person is. Just a person and a camera, and nothing else. With my photographs, I help people to love themselves the way nature itself created us, because how could it have created something that is not beautiful?" 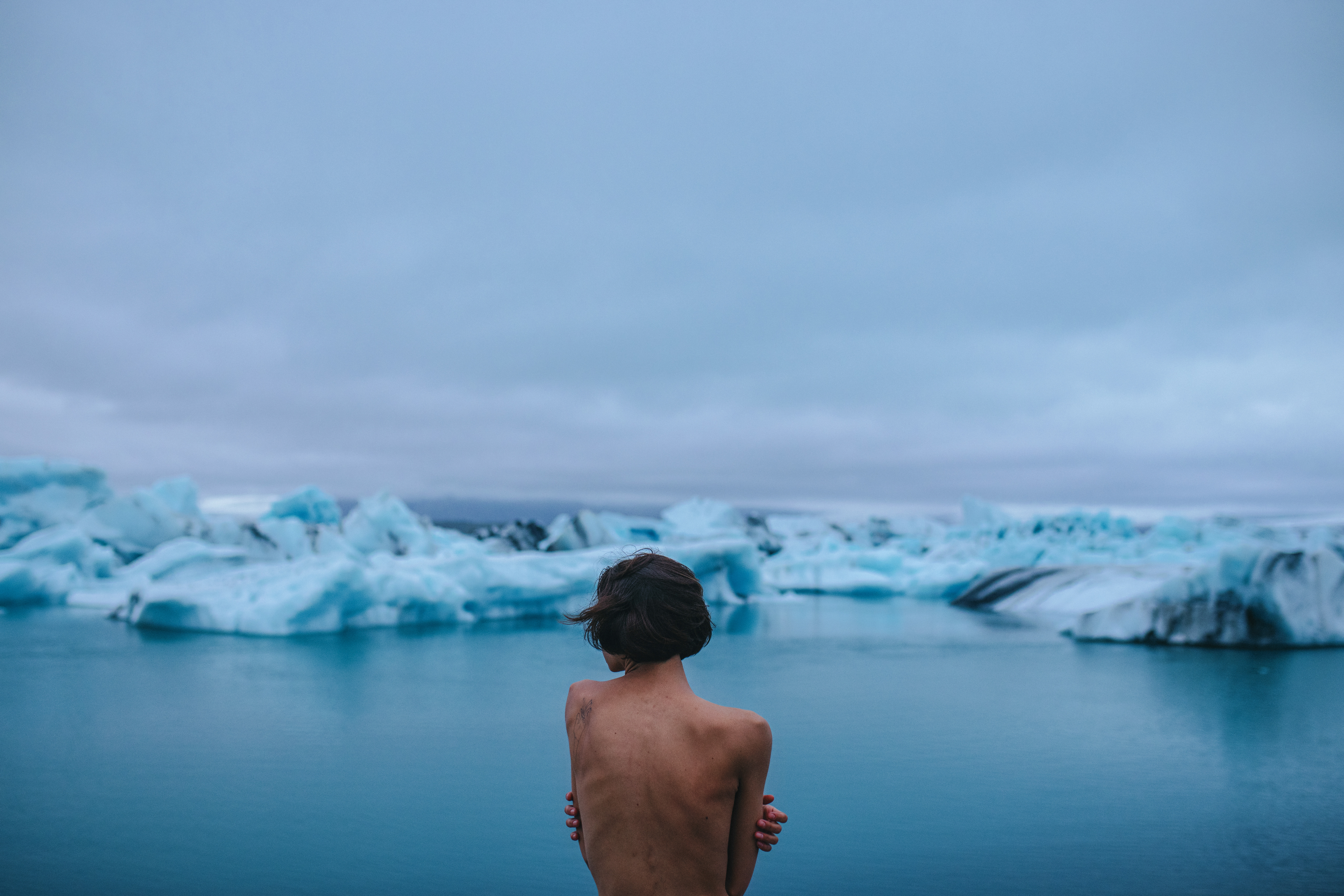 The Planet Earth is the only known place in the universe that harbors life. Fossil evidence from the Earth informs most studies of abiogenesis - the natural process by which life has arisen from non-living matter, such as glaciers. Glacier ice also archives microbes that are almost 15,000 years old. Information found in glaciers, including microbes, helps reveal paleoclimate histories and predict future climate change. As the planet’s air conditioner, the polar ice caps help maintain a delicate climate balance. Glaciers are keystones of Life on Earth. As giant freshwater reservoirs, they support life on Earth and influence our day-to-day lives, even for people who live far away from them. Yet, glaciers are disappearing at a rate that makes climate change notable. But what role does humanity carry in itself for this planet? The collection "I am planet Earth" aims to remind each of us that we are all part of this planet and that by destroying everything around us, we are destroying ourselves. 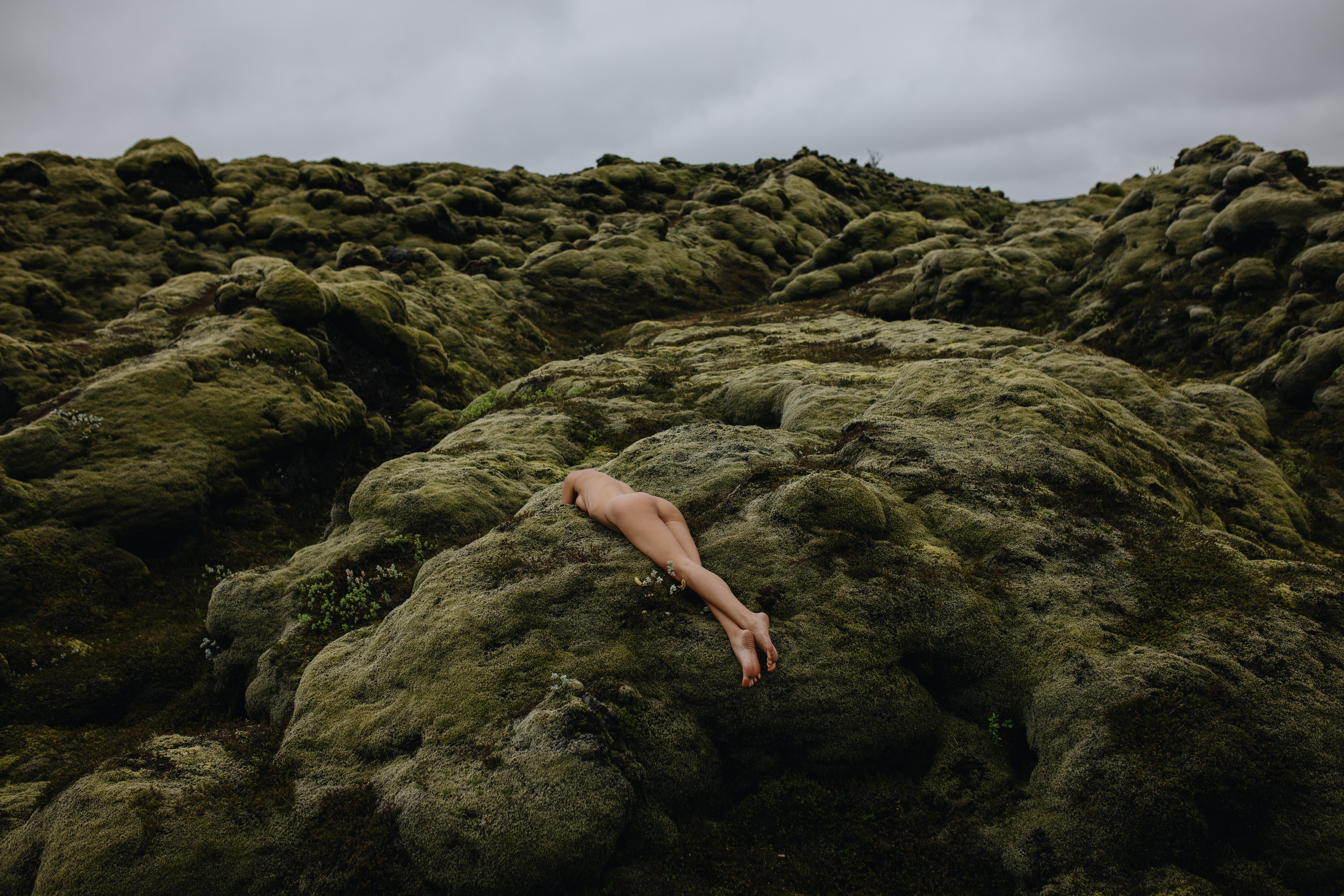 Terraform - the act of modifying a planet's topography, biosphere, atmosphere, and temperature to make it habitable for humans. Moss lawns, which resemble nature’s velvet carpets are essential parts of ecosystems as they benefit and support life around them. For example, a small moss lawn can absorb more carbon than 275 mature trees. They also produce a ton of oxygen, require significantly less water than most other plants, absorb air pollutants and prevent soil erosion. Mosses have survived for a long time here on Earth without harming the environment. Moreover, they actually help maintain the environmental balance. Mosses have no flowers, seeds, or roots. Instead, they feed through one-cell leaves, can grow asexually, and reproduce by wind- or water-supported spore dispersal cycle. Some mosses don’t need much sunlight, and some would rather grow on a rock than on soil. Thus, they are often found in the depths of darkness, growing on rocks or around the roots of trees. Furthermore, despite a common misconception that mosses only inhabit moist places, they also grow in deserts and even in Antarctica. Some scientists even consider moss suitable for biological terraforming of Mars. Moss is an excellent example, that despite the negative impact of humans on the planet and attempts to adjust the planet for ourselves - nature is still stronger and it will always find ways for new life on Earth, even in the most severe conditions. So what role should humanity play on the planet? The collection "I am planet Earth" aims to remind each of us that we are all part of this planet and that by destroying everything around us, we are destroying ourselves.