Hivearium is the brainchild of Roberto Giavarini, an artist with thirty years of experience in classical figurative art, music and philosophy. Roberto creates his works by composing colors manualy, treating pigments and surfaces with acids and chemicals of the latest generation 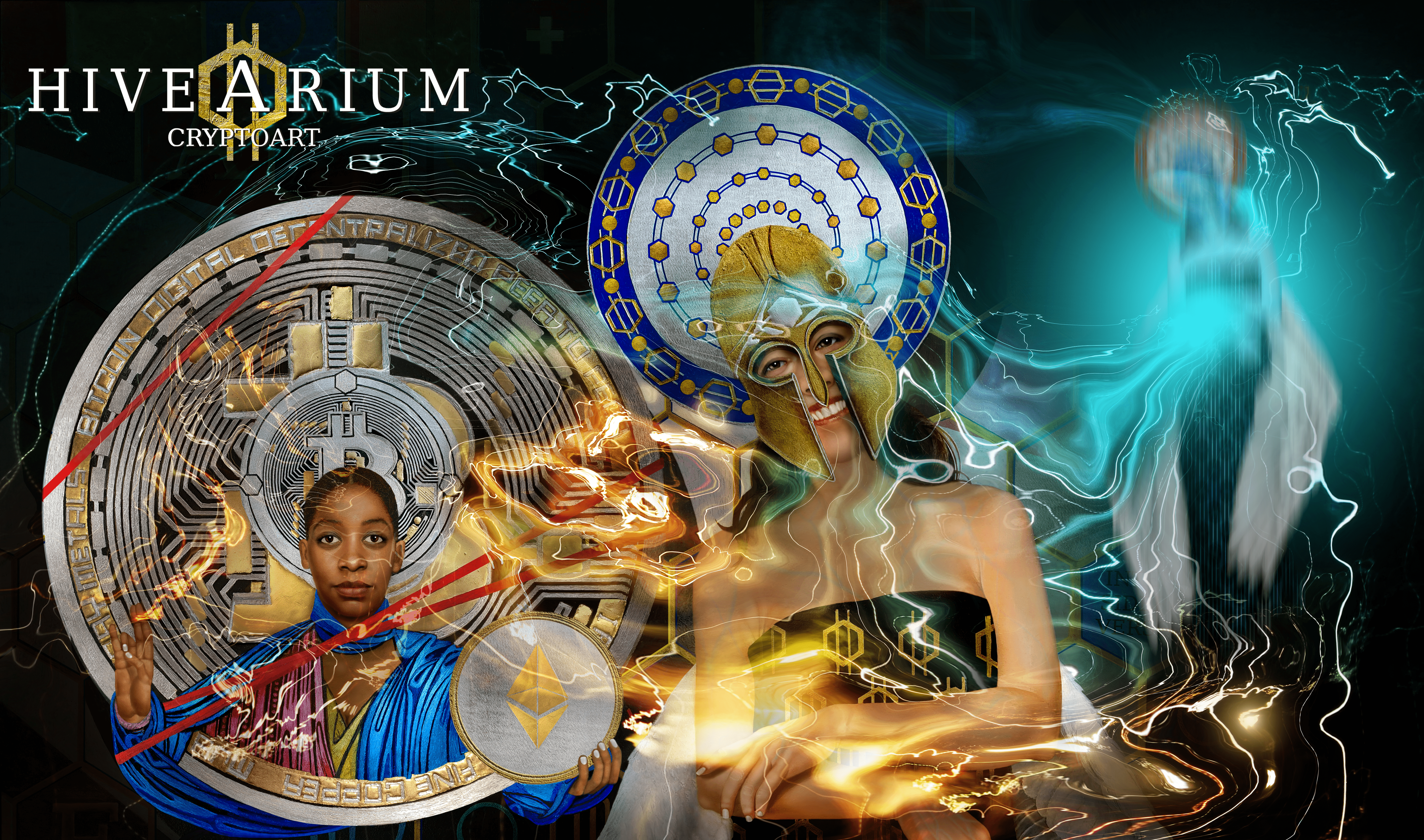 “Hive Mind Mother”, which was not only the very first piece of artwork created for Hivearium but also provided the building blocks used to create every other piece in the project, was inspired by Plato's thoughts on beauty, namely that the contemplation of beauty causes the soul to grow wings. The Mother depicted in this piece is wearing a Greek helmet, symbolising the conservation of knowledge. Hivearium logos blossom like flowers on her black peplos. To her right, contemporary gods begin to reveal themselves to the new Pantocrator and gaze at their mirrored reflection at the mother's feet. Eternal symbols can be seen orbiting around her.

The dominating Hive Mind mother contemplates all of the cosmic energy that spreads forth from the Earth, creating an entirely new world in her own image, one that resembles her very own appearance. The consciousness of everything is fused together into a single cosmic ONE.