Oliver Pocsik, aka "Olipoe", is a self-taught visual and digital collage artist from Budapest, Hungary. He is a 2021 Beautiful Bizarre Art Prize Finalist. His work has been exhibited in New York, Miami, Budapest, Seoul, and London and has been featured in magazines and on book covers in the USA, Hungary, Australia, the United Kingdom, Korea, and Turkey. He releases his work exclusively on SuperRare. His surrealistic work is based on existing classical paintings that he aims to bring back from the past, enriched with a new narrative through his art. His workflow is a mixture of photo manipulation, digital collage, digital painting, and motion graphics design for animated pieces. 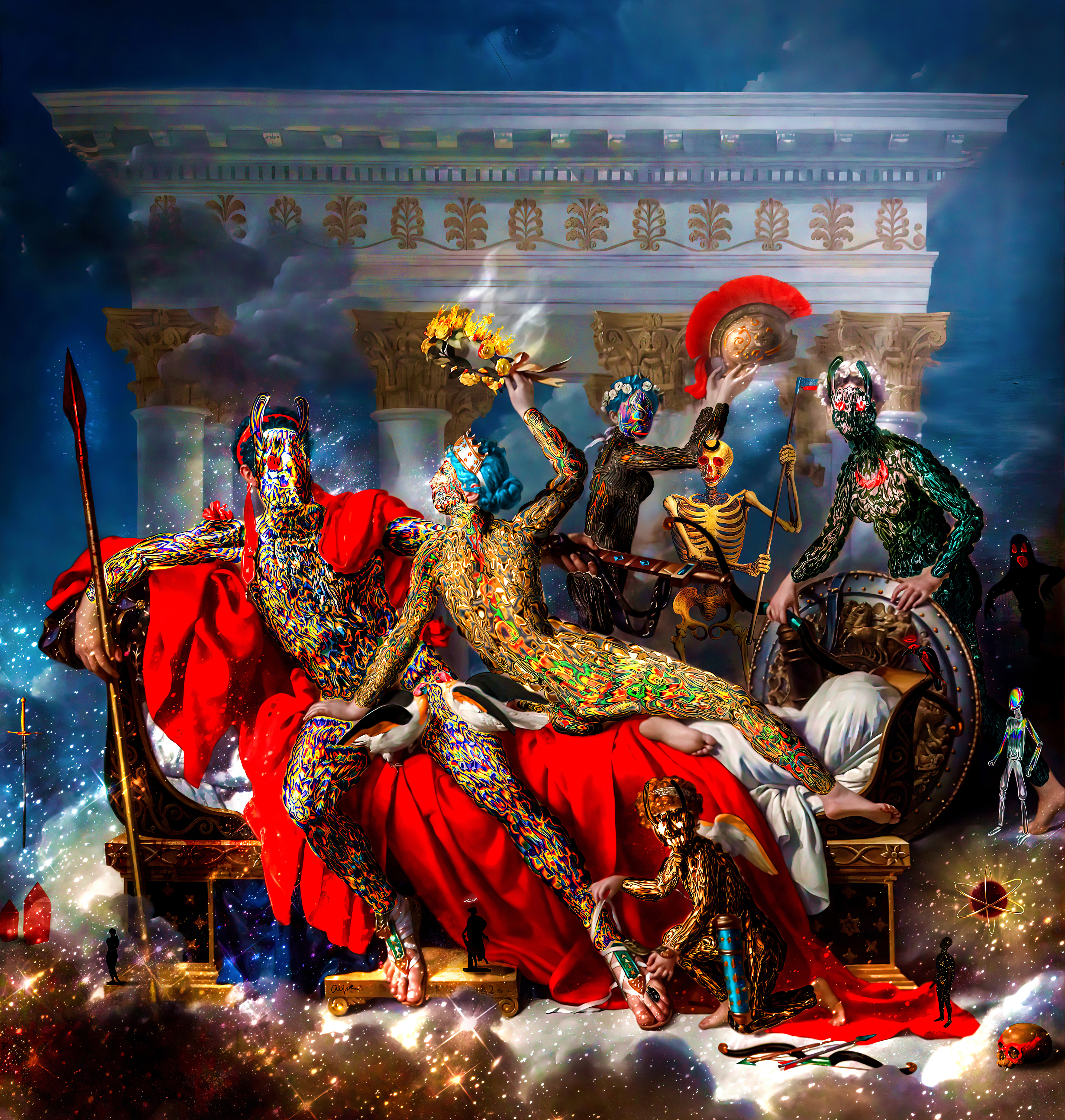 The Crown of Glory

Mag Mell (delightful plain) is one of the names for the Otherworld, accessed through death and glory. Only a select few had access to this paradise, which was an island or sometimes depicted as a kingdom beneath the ocean. It is a place where gods reside and where occasionally some daring mortals go. In this otherworld, there is no such thing as illness or death. Here, art, music, and power converge in one location where youth and beauty never age. No one is hungry or thirsty here, and happiness lasts forever. I have occasionally felt as though I was searching for a paradise on earth that I may discover by chance as a lone traveler. I've been frantically looking for it and it wasn't until one day that I realized it existed inside of me all along, buried beneath a sea of delightful pain and heavy iron. A blazing flower crown for this life and an illustration of what being an artist often really means. 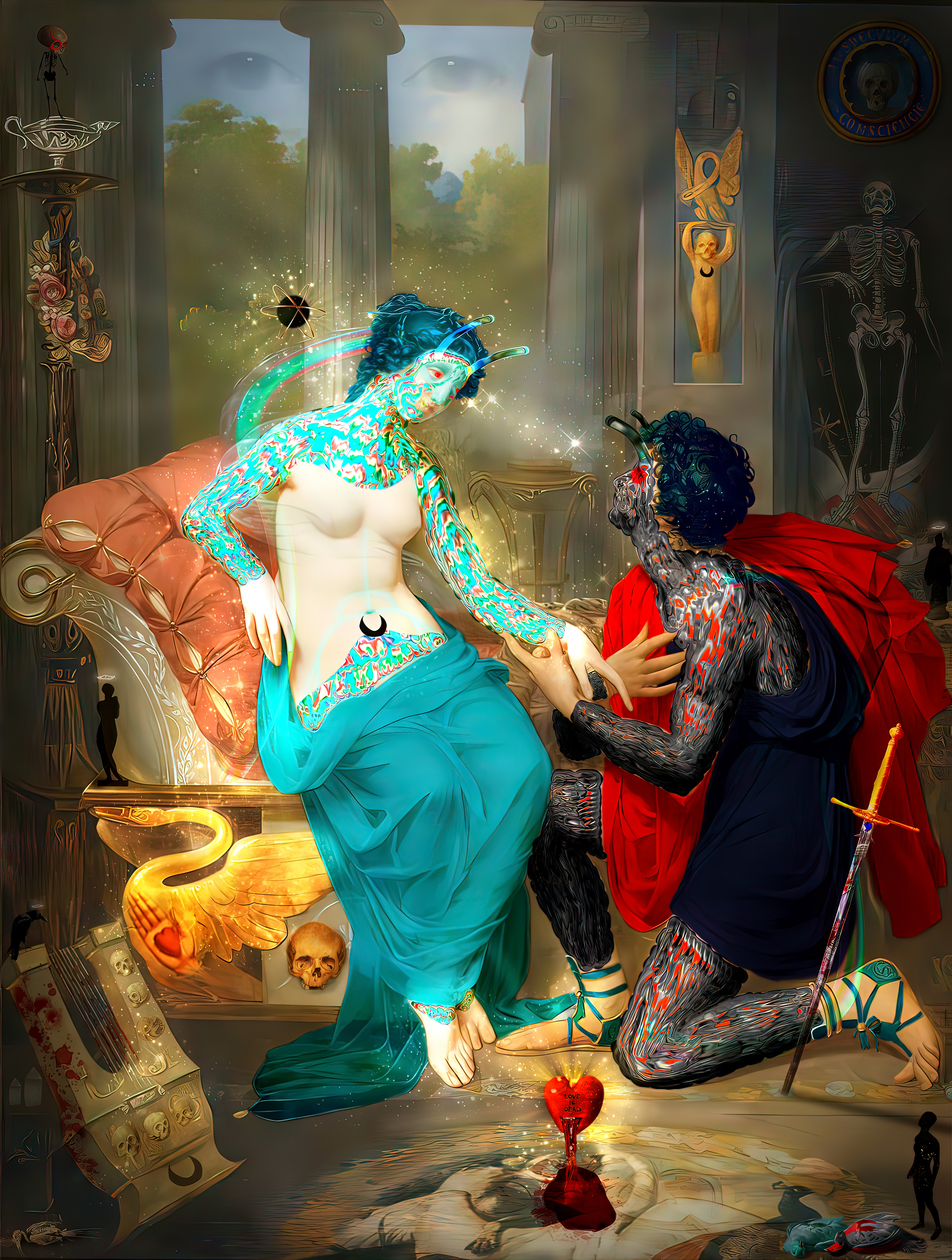 Clodhna is a Queen of the Banshees in Irish mythology. She is reported to have three colorful birds who sing sweetly to heal the ill and eat apples from an unearthly tree. She departs to be with her mortal lover, Ciabhán, but when she sleeps, she is carried away by a wave because of the music played by a Manannan mac Lir minstrel. I break, tumble, and am swept away by this mysterious wave of emotions. Then, all of a sudden, the magic is gone, and I'm back on the sea floor. As I look up, the world is rising above the raging waters. In my daydream, I can scarcely hear the lovely tune to which it glides and dances. The birds in my story have long since died away.